After This, I’ll Be Able to Catch Up

I’m not one who believes God causes illness and suffering.

He can, I have no doubt. But I don’t imagine every disease is punishment for wrongdoing.

That said, I’m beginning to wonder if my current illness might be just a bit God-breathed. Or at least Savior-sanctioned.

What’s causing me to wonder?

Or my favorite lately: After this I’ll be able to catch up.

If you follow my blog, you know we had a frenzied summer with a wedding, a house remodel, a hospitalized out-of-state mom, and all the everyday things that summer brings with it, like, um, a moody 12-year-old super-glued to the laptop. Never mind that autumn starts my work season.

So I keep pushing through.

I am so far behind in my work, in unpacking, in getting settled.

But after this, I’ll be able to catch up.

Now, as often as the word pie follows pumpkin, so does getting sick follow pushing through.

I get that. I pushed too hard, I got sick.

I’m not blaming God for that.

But I’m being a good patient. I went to the doctor and I’m following her orders. I’m trying to have an open mind even though what she diagnosed allergies feels a little more like slow death.

I’m coming home early and going to bed. {You know, instead of “resting” by reading Facebook all day.}

And I’m doing the bare minimum. Seriously. Except for lectures {I have an extreme aversion to missing class} my students wouldn’t know I still exist.

But as much as I’m trying to rest and recover, my foggy brain keeps reminding me of my ever-growing to-do list.

After this, I’ll be able to catch up.

Five days post-doctor, I’m starting to wonder if I’m ever going to catch up. And if that’s even something I should do, were it possible. Which currently, it’s not.

And I feel the Holy Spirit’s nudging – or maybe it’s the Nyquil talking – that maybe I am focusing on the wrong things. Maybe my to-do list is wonky (and too full!) and that I need to step back a bit.

Perhaps I’ll get better when I finally let go of the idea that after this, I’ll be able to catch up.

I’m not saying God made me sick. Or that he’s preventing me from getting well. Not really.

But I wonder if he’s using this opportunity to help me reset my priorities.

Because let’s face it, if I’m out of commission long enough, there’s no possibility of catching up. At some point you just have to start from here and make a new plan.

I think that’s the take-home from this extended bout of “allergies.”

{Seriously, what kind of allergies don’t respond to four different types of antihistamines simultaneously? I have pills and nasal sprays and eye drops, all doctor-prescribed. I almost asked if they don’t have an antihistamine enema also, but was afraid she’d prescribe one.} Anyhow…

I think that’s the take-home from this extended bout of “allergies.” I need to prioritize my activities differently. And I’ll give that prayerful consideration. I will. Right after my nap.

This site uses Akismet to reduce spam. Learn how your comment data is processed. 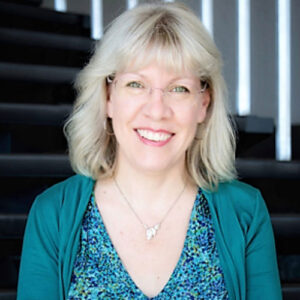 I see you, trying not to trip over your doubt… again. Not to worry. I love to encourage and reassure women of God’s glory in them — and nudge their thinking to believe it, too.

So come on in! We’ll chat over fresh blueberry scones and tea — would you like chamomile, peppermint, or good ol’ Lipton? I’ll kick the big oaf of a dog outside and we’ll pretend he hasn’t muddied up the whole floor.

Come on in and read the blog!

I use cookies to ensure that we give you the best experience on our website. If you continue to use this site I will assume that you are happy with it.OkayPrivacy Policy